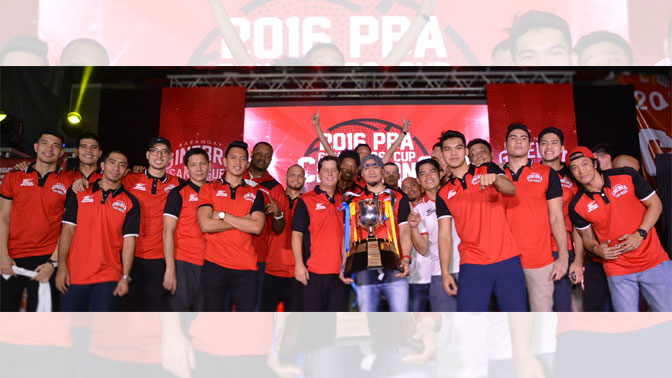 Barangay Ginebra San Miguel Gin Kings celebrated their historic championship win in the 2016 PBA Governors’ Cup by giving back to its fans.

Back-to-back victory parties were held at The Arena, in San Juan last Sunday, and at the San Miguel Corporation headquarters in Mandaluyong City last Monday to honor the thousands of faithful ‘kabarangay’ who stuck with the Gin Kings throughout the title drought. The team last won a championship in 2008.

Close to 4,000 fans trooped to The Arena to see their favorite Barangay Ginebra San Miguel players, while employees and supporters flocked to the SMC headquarters to also show their gratitude to the team. In both events, the Gin Kings took time to sign autographs and pose for selfies with the fans.