THE BIRTH OF NSD (NEVER-SAY-DIE)

The passion of Barangay Ginebra San Miguel fans mirrors the fervor of the players once they get on the court. After all, this is the team that lives and breathes the words Never-Say-Die.

It all began in 1985. Though the team was formed in 1979, the year 1985 went down in Philippine basketball history as the year Ginebra San Miguel’s Never-Say-Die spirit was born. The protagonist in this historical moment is no other than Robert Jaworksi, Sr. After being hit by a wayward elbow in the second quarter, the Big J had to leave the game to go to the hospital. To everyone’s shock, he returned in the third quarter with seven stitches on his lip. The Gins were behind by 15 points going into the final seven minutes of the game when Jaworski re-entered the court and led the team to victory, sparking a frenzy that to date, is unmatched. This was the beginning of Ginebra’s Never-Say-Die mantra.

THE LEGEND LIVES ON

“The Fast and The Furious” duo of Mark Caguioa and Jayjay Helterbrand showed resilience and determination when they fought hard to end the team’s seven-year drought in the 2004-2005 season. Moreover, they turned this victory into a back-to-back win as they also claimed victory in the following conference.

Helterbrand has since retired but believes that the team’s NSD spirit is alive in the current players, like Scottie Thompson who is making history himself. He recorded his third triple double and bagged the 2018 PBA Commissioner’s Cup Finals MVP. He brings his best in every game, fighting for every rebound, taking the shots and giving tough defense.

Another current player giving his all in every match is Justin Brownlee. His buzzer-beating three-pointer clinched the 2016 Governor’s Cup for the Gin Kings, their first after eight years. The game exemplified the NSD spirit with the team coming back from a 15-point deficit at half time. Brownlee returned the following season and helped Barangay Ginebra defend the Governor’s Cup, this time in front of a new PBA record crowd attendance of 54,068 at the Philippine Arena in Bocaue, Bulacan.

Barangay Ginebra San Miguel Gin Kings will be sporting a new jersey in the upcoming PBA Commissioner’s Cup Conference as the team also celebrates 40 years in the PBA. The new jersey of the defending champions features the team’s popular mantra “Never-Say-Die”.

During the media launch held recently at Novotel in Quezon City, Barangay Ginebra players then and now led by the Living Legend and the father of Never-Say-Die spirit Robert “Sonny” Jaworski Sr. revealed the new jerseys along with The Fast and The Furious duo Jayjay Helterbrand and Mark Caguioa, rising basketball superstar Scottie Thompson and super import Justin Brownlee.

The night was filled with nostalgia as hosts veteran sports analyst Quinito Henson and PBA courtside reporter Rizza Diaz looked back at the team’s colorful basketball history – from the time the basketball franchise was born in 1979, to the origin of never-say-die in 1985 with then playing coach Sonny Jaworski, and the team’s most memorable game winning moments. The event also featured a revival of the 80’s dance group Ginebra Super Angels and a performance by Gary Granada of the popular Barangay Ginebra anthem in the 90’s “Pag Nananalo ang Ginebra”.

To thank Barangay Ginebra San Miguel fans for their four decades of support, the jerseys will be available to the public for a limited time. Fans can get their hands on the 40th Anniversary Never-Say-Die Jersey Collection bearing the names and numbers of Jaworski (7), Helterbrand (13), Caguioa (47), Thompson (6) and Brownlee (32) for only P100 for every six (6) seals of Ginebra San Miguel or any five (5) caps of GSM Blue, GSM Blue Flavors, Primera Light Brandy and Ginebra San Miguel Premium Gin. The Never-Say-Die Jersey Collection is available at major supermarkets and convenience store outlets nationwide until June 30, 2019.

For more details and updates on the promo, log on to www.ginebra.com.ph, check out the official Facebook page of Ginebra San Miguel www.facebook.com/barangayginebra or call the GSMI customer care hotline at 632-2564. 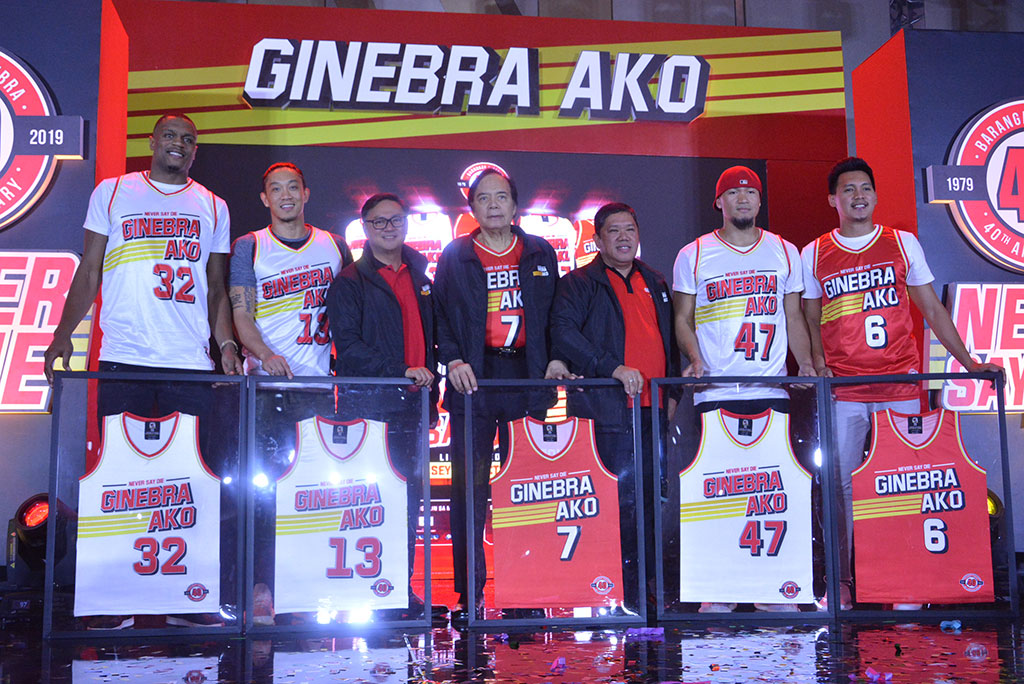 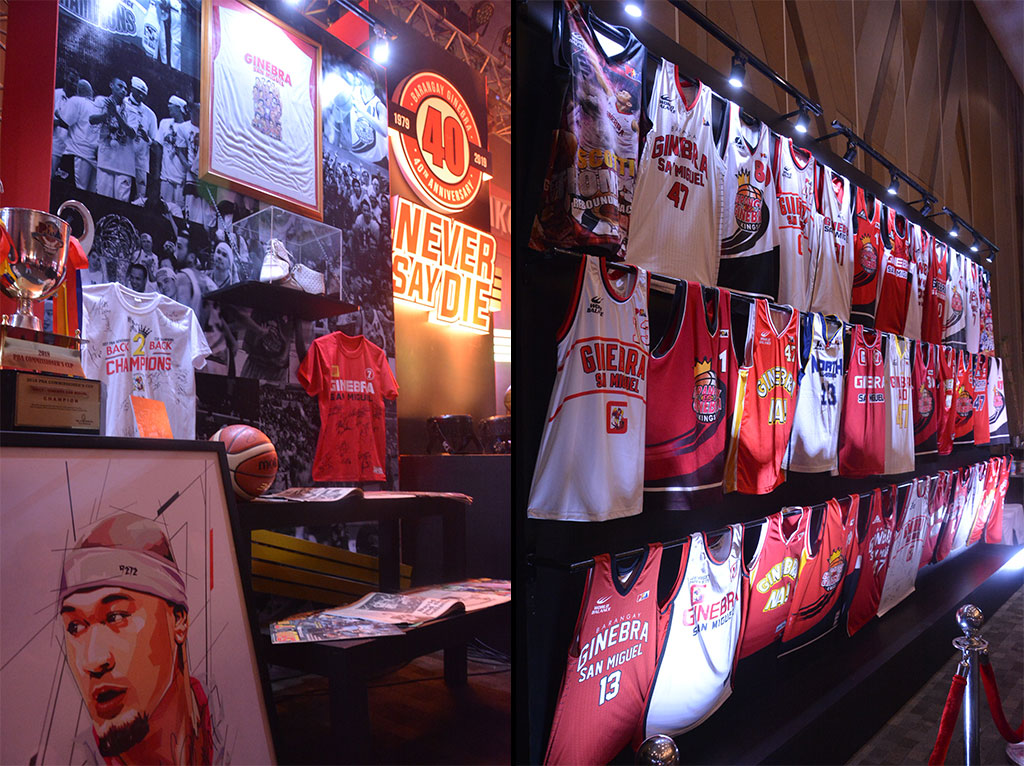 A collection of Barangay Ginebra San Miguel memorabilia are on display at the 40th anniversary celebration of the team and media launch of limited edition Never-Say-Die jerseys.

LIMITED EDITION Barangay Ginebra figures, personalized items from fans and other memorabilia were on display at the recent 40th anniversary celebration of the Gin Kings.

BARANGAY GINEBRA 40th anniversary celebration goes on a trip down memory lane with a revival of the 80’s dance group Ginebra Super Angels and a performance by Gary Granada of the popular Barangay Ginebra anthem in the 90’s ‘Pag Nananalo ang Ginebra’.