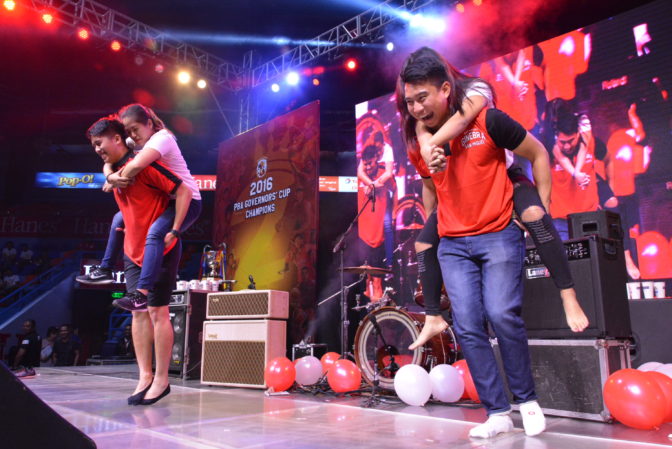 Barangay Ginebra San Miguel Gin Kings celebrated their championship win in the 2017 PBA Governors’ Cup by giving back to their die-hard fans.

Nearly 3,000 fans trooped to Fil-Oil Flying V Centre to see their favorite Barangay Ginebra San Miguel players. Fans were already seen lined up outside the gates the night before to get the best seats. It was all worth it for those who made it inside to be up-close with their basketball idols as they left with free championship t-shirts and selfies.

The thanksgiving party also served as the final send-off for retiring Jayjay Helterbrand as the team along with the fans, paid tribute to the well-loved Gin King.

“The fans really made it worthwhile for us to play our best, give us the inspiration to go out there and give our all. You guys are the reason why we are here. We wouldn’t be here without you guys,” said Helterbrand, who is ending his 17-year career with an MVP award, a Finals MVP award and six championships.