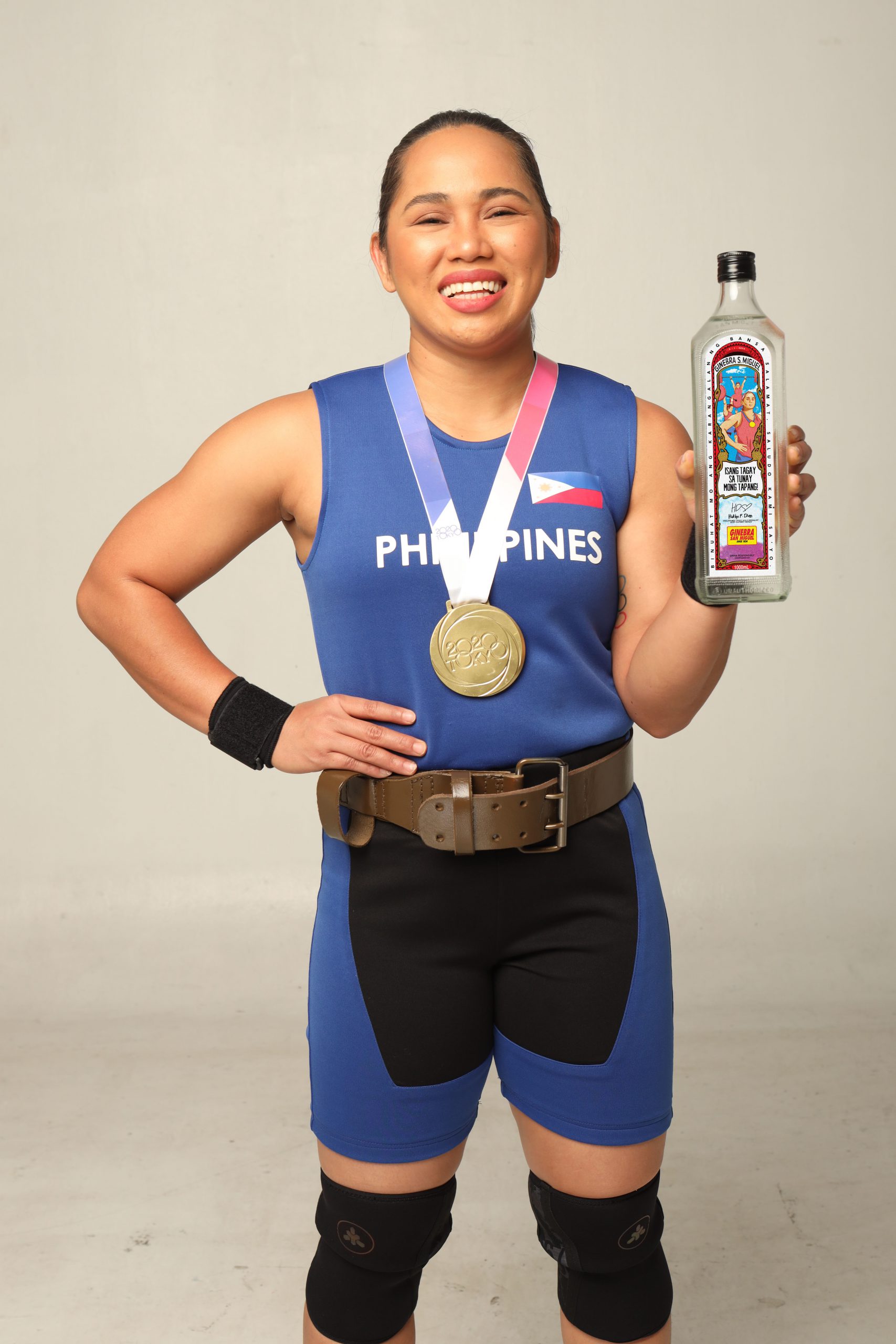 “Throughout her Olympic journey, Hidilyn Diaz has overcome challenges that nearly broke her spirit. She has not only shown her undeniable mental and physical strengths in facing and conquering these challenges but also ‘Bagong Tapang’ and never-say-die spirit which the Filipinos and the whole world witnessed and admired when she won the first Olympic Gold for the country,” says Ginebra San Miguel Brand manager Paolo Tupaz.

The launch of the commemorative bottle coincides with the release of Ginebra San Miguel’s newest advertising campaign “Huling Patak ng Bagong Tapang” headlined by Diaz. The new advertisement echoes the lives of real-life, modern-day heroes through their stories of sacrifice and never-say-die spirit, and the Olympic journey of Diaz, who against all odds, persevered and won for the Philippines its first Olympic gold.

Diaz is only the second athlete to be featured on a Ginebra San Miguel bottle. The first was basketball legend and former Senator Robert Jaworski back in 2013. Called the Jawo Bottle, the special shrink-wrapped collectible was launched in time with the retirement of the former playing coach’s Barangay Ginebra jersey no. 7.

Ginebra San Miguel also came out with other special bottles before including the Philippine Fiesta-inspired Bilog bottle in 2011 and last year’s frontline workers tribute bottle that highlighted the new breed of heroes at the height of the COVID-19 pandemic.