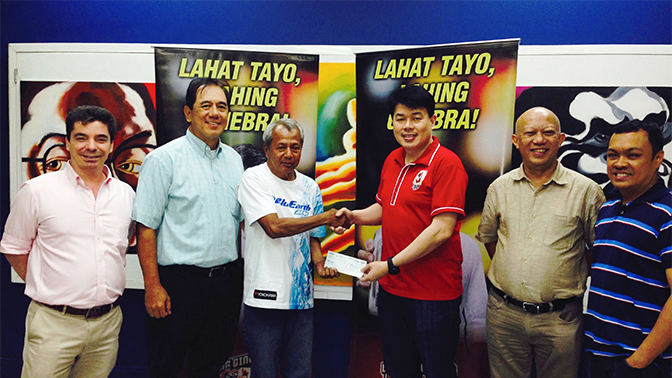 Villanueva, a 62-year-old retired barangay official from Caloocan City, won the grand prize in the promo in partnership with the Manila Broadcasting Company (MBC), in celebration of Ginebra San Miguel’s 180th anniversary. With his prize money, the father of three, plans to build a new house for his family after being affected by a house demolition recently.