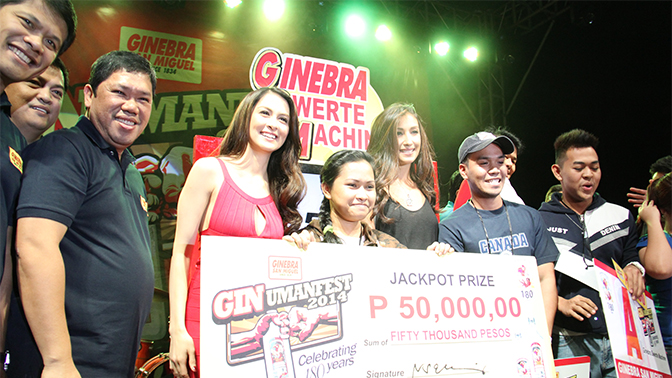 In line with its 180th anniversary celebration this 2014, Ginebra San Miguel opens the year with the highly anticipated first leg of its annual Ginuman Fest series that will happen at Tutuban Center Parking Grounds on January 25 in Tondo, Manila.

Now on its third year, Ginuman Fest 2014 is consistent in giving its loyal and solid kalahi around the country something to look forward to in each of its legs as it promises power-packed evenings jam-packed with great music as the brand’s impressive line-up of ambassadors perform their greatest hits as well as today’s hottest chart-toppers, standard favorites, and party anthems.

Ginuman Fest is not just a musical event as it also has lots of games where every kabarangay in each leg of the series can win fabulous prizes in the event’s side-games. Concertgoers will be able to sample and purchase other GSMI products such as GSM Blue, GSM Blue Flavors, Ginebra San Miguel Premium Gin, Gran Matador Brandy, Antonov Vodka and non-alcoholic beverages at the venues.

Ginuman Fest is GSMI’s way of thanking its millions of kalahi for making flagship product, Ginebra San Miguel, the world’s largest-selling gin. It is expected to outdo the overwhelming number of crowd from last year, a total of over a million throughout the country.