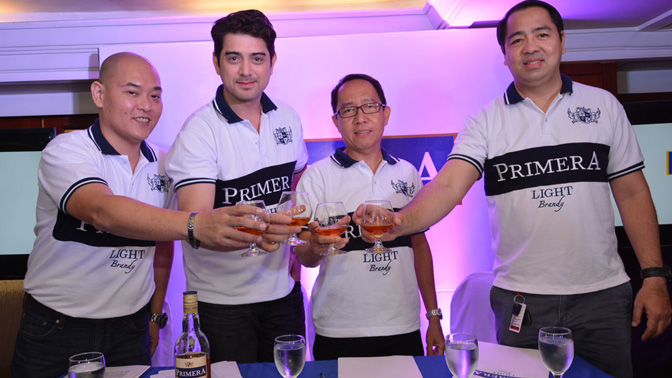 Ian, who won the hearts of many after starring as the debonair governor Eduardo Beunavista in a hit TV soap, relates that being “swabe” is important when dealing with both his work and personal life.

“After long hours of shooting or taping, I just want to relax and drink something smooth. So when I’m with friends we usually just open a bottle of Primera Light Brandy,” says the actor, who finally found the ‘tamang swabe’ or smoothness that he had been looking for in a drink.

Made from fine imported grapes, Primera Light Brandy is aged longer and made smoother with the breakthrough Premium Smooth Blend process, and enhanced with Solera Gran Reserva Brandy concentrates for a richer and more flavorful taste.

Primera Light Brandy was recently recognized for its high quality and taste by the Monde Selection International Quality Institute, the distinguished authority of quality in the food and beverages industry worldwide.