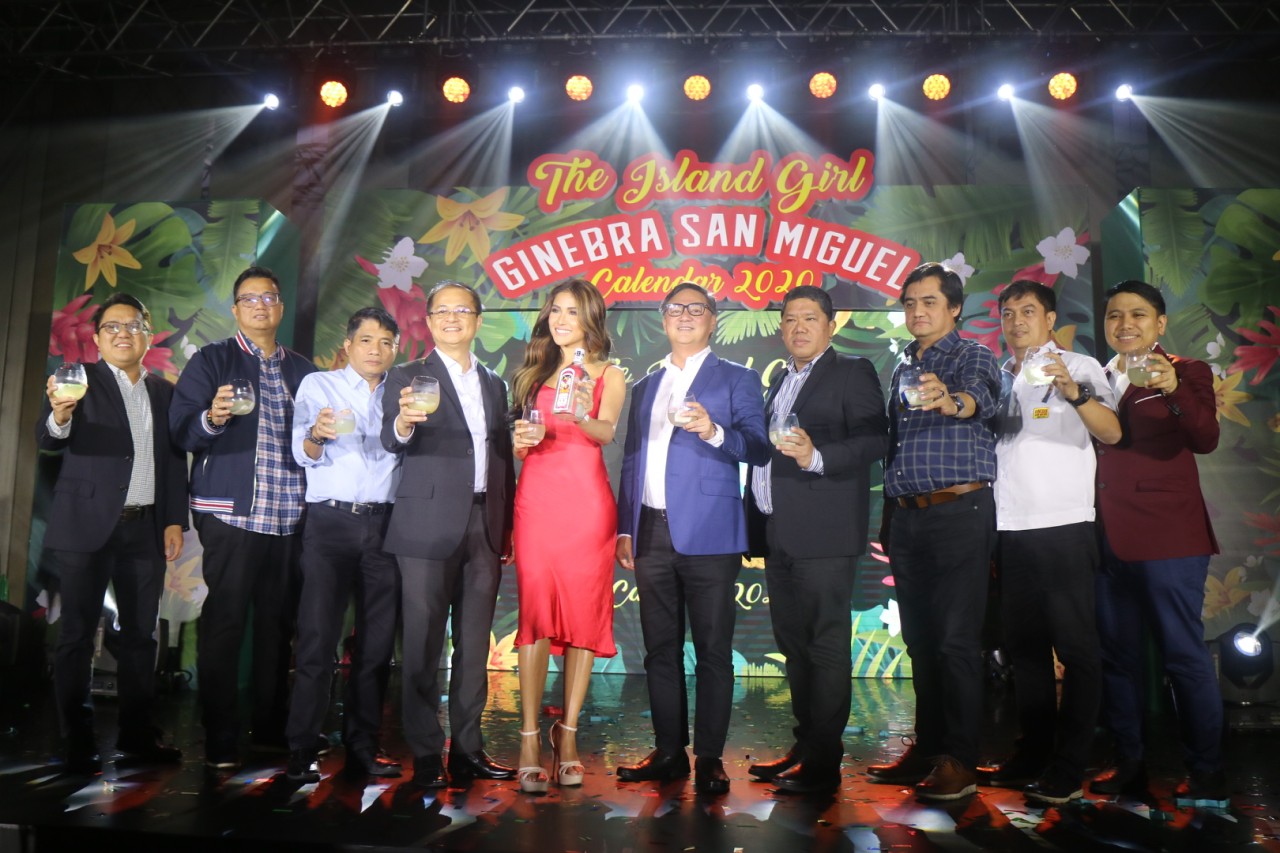 Come “ber” months, aside from the frenzy that the start of Christmas season brings, the launch of Ginebra San Miguel Calendar Girl has also become a much-anticipated event.

For 2020, Ginebra San Miguel introduced lovely Kapuso actress/TV host Sanya Lopez as its newest Calendar Girl during a festive media launch held at the Novotel in Quezon City. The world’s leading gin brand revealed Sanya Lopez as “The Island Girl” with the calendars set amidst some of the country’s most beautiful islands as backdrops.

“We chose Sanya Lopez as our brand ambassador because she embodies what Ginebra San Miguel represents – courage, passion, optimism, and never-say-die spirit. Sanya is truly ‘ganado sa buhay’ as she worked her way up to become one of the most recognizable faces in the entertainment industry today,” says Molina.

All of the six calendar layouts will be made available soon.

Since being discovered in 2012 by the late German “Kuya Germs” Moreno, GMA star builder, Sanya Lopez has treaded the path to being a serious actress taking on roles that showed off her acting prowess including her portrayal of Hara Danaya in the TV remake of “Encantadia” and in her recently-concluded series “Dahil sa Pag-ibig”. She will soon be seen opposite Superstar Nora Aunor in the film “Isa Pang Bahaghari” directed by Joel Lamangan.

“I consider the challenges and struggles that I went through in life as motivation to never give up in pursuing my dreams. It is my family that inspires me to be ‘ganado sa buhay’,” relates Sanya Lopez. “For me, when you say ‘Island Girl’, you see a woman who is strong and independent,” she adds.

As Ginebra San Miguel’s “Island Girl”, Sanya Lopez will be joining the “Ginuman Fest” tour, the gin brand’s annual series of music festivals that brings together gin lovers around the country as One Ginebra Nation.

To prepare for her Ginebra San Miguel calendar girl shoot, Sanya Lopez went on a no-carbs diet. “I only ate fish and chicken. I also did a lot of cardio workouts, mostly running, muay Thai and boxing,” she shares.

She was, likewise, thrilled to be photographed by one of the country’s most talented young photographers BJ Pascual.

Inspired by the hit US TV series Charlie’s Angels, the Ginebra San Miguel Super Angels, which eventually evolved into Ginebra San Miguel Calendar Girl had popular beauty queens, models and actresses grace its calendars since it was started in 1988.

Sexy stars Janna Victoria (1999), Patricia Javier (2000), and Aubrey Miles (2003), were a hit in their sizzling calendars while singer Geneva Cruz (2001), ex-teen stars Rica Peralejo (2002) and Angelica Panganiban (2007) surprised the public by shedding their sweet images in the calendars.

Actresses Belinda Bright and Maricar de Mesa (2004) were the first calendar girls to appear together, while Marian Rivera owns the distinction as the only actress to become a Ginebra San Miguel calendar girl twice, in 2009 and 2014. Long-time best friends Anne Curtis (2011) and Georgina Wilson (2013) have also been calendar girls, along with Ellen Adarna (2015), Arci Munoz (2016), and Myrtle Sarrosa (2018).

GSMI is the producer of heritage brand Ginebra San Miguel, which is celebrating its 185th anniversary this year. Ginebra San Miguel is a 14-time Gold Quality Label awardee of the Monde Selection International Quality Institute, the world’s most prestigious body that recognizes the highest standards of taste and quality in the food and beverage industry.